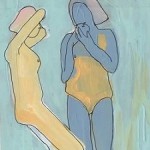 At international level Melissa Farley a.o. have published the most relevant results with data from nine different countries (2004). According the study two-thirds of the examined 854 women in prostitution showed symptoms of PTSD (post traumatic stress disorder), which were comparable with them of healthcare-seeking veterans, women who fled to shelters, rape survivors and refugees who were exposed to state-sanctioned torture. The intensity of trauma-related symptoms depended on the intensity of the activity in prostitution. Women with multiple suitors reported harder physical symptoms. The longer the women were active in prostitution, the more likely they were infected with a sexually transmitted disease.

Click here for the study “Prostitution and Trafficking in Nine Countries: An Update on Violence and Posttraumatic Stress Disorder” by Dr. Melissa Farley.