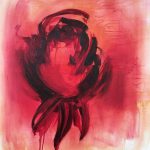 A text written by Dr. Ingeborg Kraus, published on “Trauma and Prostitution” in April 2018; in the following translated from German into English  by „Abolition de l´industrie du sexe Canada“. Proofreading by Mary Veronica Clancy.

Shadow women are women whose husbands betray them by using prostituted women. Until now, there has been nearly no consideration paid to this “collateral damage” of prostitution, and there are virtually no reports about it.

The following interview, which I conducted with an affected woman, touched me deeply. One reason is that only then did I become fully aware of the dimension of injury suffered. In reality, an enormous amount of injury is caused if a woman’s partner goes to a prostituted woman. This kind of betrayal has devastating consequences for the whole family, and victims aren’t taken seriously and don’t receive effective help. Contradictorily, there is the danger that even therapists reverse the roles of culprit and victim, and that the betrayed spouse becomes brainwashed by them. In Germany there is virtually no specialist literature about sex addiction, and so there is no possibility of enlightening oneself about the issue nor understanding what is done to you. The other reason is that in my professional capacity as a therapist, I get to know a lot of women who are devaluated by their partners. Perhaps their partners don’t go to prostituted women, but every man has access to porn even if he doesn’t access it directly. Everywhere we are confronted with pornographic representations of women, even without wanting to see it. And in a country where prostitution is legalised, it remains a man’s right to go to prostituted women or to have the privilege of deciding against it. And if we take a closer look at the issue, ultimately, all women are shadow women in a country that legalizes the buy of sex and considers prostitution as sex work.

The following interview was conducted by Dr. Ingeborg Kraus on the 29th March 2018: END_OF_DOCUMENT_TOKEN_TO_BE_REPLACED

In front of the biggest furniture store in Karlsruhe (remark: a city in the south-west of Germany) two advertisements are standing side by side near a road: one for a brothel and one for marriages. Do you want to buy non-binding sex or start a love attachment and swear mutual loyalty? Apparently, in Germany both things are standing equally side by side and it doesn’t seem to shock anyone anymore. However, prostitution doesn’t only have devastating consequences for the women in it, but also for the betrayed women of punters.

In this interview a former punter speaks about the consequences of his actions for his wife and demands a ban on buying sex. Pornography meant entry into prostitution. When his wife discovered his double life, she said he “had reduced their common life to ashes”. She had broken down completely. “She was harshly and immediately deprived of the base of trust on which she believed her marriage to be safe”, according to the ex-punter’s statement nowadays. “For a long time she suffered heavy posttraumatic stress disorders – like otherwise victims of torture do it – and has developed cardiac arrhythmia which still aren’t over. For a long time, my wife has been unable to work.”

These tragic „collateral damages“ of prostitution haven’t moved into the focus until nowadays. Supposed that of course the number of 1,2 million punters doesn’t reflect exactly the same ones who go to prostitutes each day and supposed that a huge amount of married men or men living in stable relationships are punters, the number of betrayed and, after discovery, psychically injured women is unexaggerated in an area of two-digit millions. We have to conclude that Germany is a country of betrayed women. END_OF_DOCUMENT_TOKEN_TO_BE_REPLACED