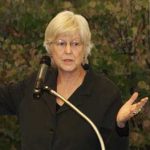 Prostitution Research & Education’s goal has been to reflect the voices of those engaged in prostitution and those who have escaped it. This response is based on 20 years of research on the sex trade. We have produced 39 peer-reviewed publications and additional reports. Many of these publications and also others’ research are posted at www.prostitutionresearch.com.

Over the last decades, UN Women has aligned with groups that leave women in prostitution behind. For example, Eliana Gil who presented herself as a sex worker advocate, was an advisor to UN Women, UN AIDS, and was a member of Global Network of Sex Work Projects (GNSWP and many other groups are funded by prostitution legalization advocate George Soros). Gil was convicted in 2015 of trafficking at least 200 women in Mexico City. UN Women has relied almost exclusively on the allegations of sex worker advocates and sex worker unions to understand prostitution. This is a mistake. Many of these groups are not what they seem to be. They tend to represent pimps’ interests far more than the interests of those in prostitution. Gil was no exception. For names of others presenting themselves as sex worker advocates but who in reality function as managers or pimps, please see logosjournal.com/2016/farley-2/

Autumn Burris describes herself as a survivor of sexual exploitation. She is a member of the group SPACE, an international group who are survivors of prostitution. UN Women deleted Burris’s own words and replaced them with “sex worker.” The language and the ideology of prostitution as work is so strongly embedded in UN Women as an organization that it took Burris 11 months to convince UN Women to change their definition of her as a “sex worker” on the UN Women website. This is problematic.

Harm reduction programs notwithstanding, the existence of the institution of prostitution is an abandonment of the most vulnerable women in any culture. Prostitution is the business of sexual exploitation. It could not exist without gender, race, and class inequalities, because the sex trade exploits these inequalities in order to funnel women into its businesses. Yet some pimps, some sex buyers, and some governments have made the decision that it is reasonable to expect certain women to permit ten men a day to sexually exploit or assault them in prostitution in order to survive.

We need a deeper understanding of how coercion operates in women’s lives. The naive or perhaps sinister assumption of “consent” or “choice” is disturbing. A sex buyer said, “If I don’t see a chain on her leg, I assume she’s made the choice to be there.” If there’s no evidence of force, then her experience is dismissed as voluntary or consenting. In Lusaka in 1996, the unemployment rate was very high. The triple cage of sexism, poverty, and racism resulted in poor men’s selling pencils and washing car windshields, but women’s last-ditch survival response was prostitution. A woman in Lusaka said that she needed to perform 5 blowjobs which would earn just enough for a bag of mealy meal for her children to eat that evening. She described herself as a “voluntary sex worker.” Nothing could be farther from the truth. She was coerced into prostitution by poverty, sexism, and centuries of colonial racism.

The United Nations has issued many reports on the risks for women of civil conflict, migration, poverty, and gender inequality. It is time to understand and act upon the fact that gender justice, human rights and climate justice are inseparable. They must be addressed in tandem or they are likely to fail. According to a 2016 Oxfam report, the global 1 percent now owns as much wealth as the bottom 99 percent. How can UN Women today align itself with and stand up for the human rights of the world’s women who are driven into prostitution by these inequalities?

Extractivism is a dominance-based relationship with the earth. It’s the mentality of the mountaintop remover and the old growth clear-cutter, according to Naomi Klein. But this neocolonial commodification of everything and everyone is also the mentality of the sex buyer. To quote three sex buyers from three countries, “I use them like I might use any other amenity, a restaurant, or a public convenience,” and “I was buying a product they were just whores,” and “Prostitution is where men have the freedom to do anything they want in a consequence-free environment.”

Justice for women, inclusive societies, and women’s access to land will not be achieved as long as an underclass of women available for men’s sexual use exists. It is necessary to abolish the institution of prostitution and offer alternatives to prostitution to the women in it. Most women want escape, and will gladly tell us what they want instead of prostitution. For example, despite millions of dollars and billions of free condoms poured into the Sonagachi prostitution complex in Kolkata, women prostituting there have not obtained even a small portion of what they have said that they want: housing, a small plot of land, and small shops where they can survive without prostitution. Instead, free condoms from big pharma are commandeered by pimps who then sell them to desperately poor women. And the prostituted women have bank accounts “managed” by pimps rather than a small piece of property that they can farm.

They can’t be protected from these harms. The institution of prostitution is so corrupt, so violent that it can’t be fixed. It must be abolished. There is now much empirical data showing that whatever its legal status, prostitution is connected with violence. A sex buyer described prostitution as “renting an organ for 10 minutes.” Women in prostitution tell us that this makes them feel like “toilets.” This dehumanization by sex buyers has devastating effects. Symptoms of emotional distress in all prostitution are off the charts: depression, suicidality, posttraumatic stress disorder, dissociation, substance abuse, eating disorders. Anyone in prostitution would likely suffer similar effects, the same way that combat veterans, battered women, incest survivors, and survivors of state-sponsored torture suffer similar mental consequences of deliberate human cruelty.

There is no evidence that legal or decriminalized prostitution protects women from stigma or harm. Since legalization, trafficking and organized crime have exploded in Germany and the

The question is not whether women should have the choice to prostitute. The question is whether women should have the right NOT to prostitute. Most people in prostitution want to escape it but can’t find sustainable jobs. Legal prostitution is not a real choice because the conditions that permit genuine consent are not present: physical safety, equal power with buyers and real alternatives.

Violence against women has been connected to attitudes that promote men’s beliefs that they are entitled to sexual access to women, are superior to women, and are licensed as sexual aggressors. Once paid for in prostitution, exploitation, abuse, and rape are disappeared. A number of researchers have found that sex buyers are more likely than other men to commit sexual violence. For example, Heilman interviewed 1000 men each in Chile, Croatia, India, Mexico, and Rwanda. In all five countries men who bought sex were more likely to commit rape. In Scotland we found that the more often a sex buyer used women in prostitution, the more likely he was to have committed sexually coercive acts against non- prostituting women. We discovered that men who buy sex share a number of attitudes and behaviors with men who are at high risk for being sexually aggressive.

The existence of prostitution anywhere is society’s betrayal of women and its betrayal of those who are marginalized and vulnerable because of their sex, their ethnicity, their poverty, and their history of abuse and neglect. A forced choice between poverty and prostitution should not be women’s only choices. A lack of shelter, food and income do not permit consent as most of us understand that concept. The Palermo Protocol recognizes that consent is irrelevant to an understanding of the harm of prostitution. The Nordic-French laws are currently the best available laws on prostitution to protect the prostituted and make perpetrators of harm accountable.

Will UN Women re-align its mission to stand up for some of the most vulnerable women on earth, including exited survivors of prostitution? Or will UN Women align with pimps, sex businessmen and women, and the sex buyers who smile in the background? Will UN women address the international scandal of so-called “sex worker unions” who often viciously silence the voices of the 90% in prostitution who are asking for our support?