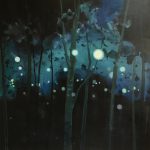 The mechanism of collective dissociation is the same when it comes to prostitution. Herein however, it is of the utmost importance to analyze, educate and denounce the system in order to help women exit their precarious situation. Anything less legitimates the mental and physical destruction of the many women trapped in the system of Prostitution.

A newspaper article from January entitled “False Facts About Prostitution”, among other things, criticized my comparison of the traumatic effects caused by both sex work and warfare, pointing to the similarities found with regard to symptoms of post-traumatic stress disorder (PTSD).

It was around that same time that I received the following letter from somebody who was looking for help, highlighting once more how women get trapped in the vortex that is prostitution as well as the long lasting repercussions they suffer from. I will present this case study with the explicit permission of the author as a sound introduction to psychotraumatology. In it, she will describe dissociative disorders, traumatic amnesia, as well as various somatic reactions, further outlining the everyday and nightly horrors caused by PTSD.

Watching a documentary on ZDFinfo I have, for the first time, heard about your work in the field of trauma therapy and prostitution. I am a survivor myself and would like to tell you my story.

In my parents’ home, I experienced physical as well as psychological and sexual violence.

When I was young, I had nightmares and did not know why. I had no memories of the violence I had experienced. One day, I must have been in my early 20s, I had coffee with a friend. Out of the blue, my mind was flooded with images and I suddenly had certainty about what had happened in my past. Like computer files that were previously deleted, my memories were back, all of the sudden. That was terrible for me and I could not handle it at all. I also did not know how to face my parents anymore. My whole life I had been anxious and finally I knew why, but I was completely overwhelmed with the situation.

After moving away from my family home, I quickly got involved with the wrong people, some of them working in the red light district, though I did not take that too seriously. I was initially offered a job as ‘companion’, which to me sounded harmless. What started as a nice evening ended with me being beaten. Back then, I was never able to say no and did generally not know that I could say no. So, sometimes men would offer me a glass of champagne and then took me to a hourly hotel… Which I did not want. My inner voice said it must be that way, though. All of this eventually led me to prostitution when I was 21 years old.

At that time, I would have done anything to avoid having to return to my parents. I was from a well-to-do family and nobody would have ever suspected our parents doing us any harm. When I asked for help at the social welfare office, I was told that my parents were responsible for providing some form of income if I had none and that I could sue them. Since that was out of the question, I was ultimately forced into prostitution. It was a combination of not being able to say no and there not being any help.

The men who ran brothels used to drive wedges between the women all the time, making sure they would not form any bonds of solidarity. They would actively pit women against each other, promote rumors, spread lies, etc. This way, you would look for support in your pimp and be fooled into a false sense of protection when in fact there was never any, in any way.

I have seen many – more than enough – women who got beaten up by their johns and pimps. I was immediately assigned a pimp. I did not have anyone else. He was friendly enough. He bought me clothes etc. That is why I quickly got into debt with him. Six months into my life in prostitution, I completely broke down. I went berserk and demolished the whole room. In the end I had to buy myself free, meaning I had to pay the rent that was still due.

In prostitution I repeatedly experienced psychological violence. You are humiliated, degraded, this by johns and pimps alike. There were men who felt they would get sex for free. They thought we were a couple. Oftentimes, I would trust men and in the end they left without paying. I could have called security on them. But I was mentally too exhausted to stand up for what I was owed. I ended up staying in bed all the time, unable to do anything.

During sex, I would check out of my body. I was playing a role. It was not happening to me. My being able to do this, not feeling much at all, was one of the results of the violence I had experienced in my childhood.

Sometimes I would throw up afterwards and/or felt the pain and disgust with delay. To this day I am hardly able to have a relationship. There are moments when there is no apparent reason, yet I suddenly stiffen up. I become cold as ice then, which also causes discomfort for my partner.

Disgust and pain resurface again and again. There were these very young men coming in groups. They saw how bad I was. Some asked me if they could help. However, I refused. I was so caught up in it all.

I hated myself and still hate myself. Although I take good care of myself, the self-hatred keeps seeping into my being. The worst part is not even how you reject yourself, but that I am often unable to give love to my son. I have a wonderful son but most of the time I cannot accept the unconditional love I get from him, even though I love him above all else. That’s the worst thing of all. Love triggers something negative with me, but I don’t know why. I can’t explain why I am particularly dismissive of the person who loves me so much. I have tried everything, but I cannot do it.

Nowadays, I am very desperate. I have already been through four inpatient trauma therapies as well as various outpatient treatments. But this nightmare never seems to end. I am a single working mother of a nearly 8-year-old son and almost daily and way too soon I reach my breaking point. All I want is to do right by him and myself. Could you maybe help me?

There have been very long episodes of depression in my life. During the first really bad one I experienced I couldn’t even manage to get up, this was right after escaping prostitution.

Symptoms of fatigue will also occur from time to time, suddenly and out of nowhere. Even before prostitution, I had suffered from anorexia and bulimia respectively. I was diagnosed with PTSD many years ago. Unfortunately, flashbacks are still part of my everyday life now and again, and even the smallest events can trigger my panic attacks. Sometimes they are so bad I have to be hospitalized.

For some time now, I have been able to gain some control over the dissociative episodes. Before, I would suddenly be completely absent. This one time I stood in front of the mirror getting ready for an appointment and found myself still standing there, three or four hours later. I had of course missed my meeting. I still sign off when I reach a certain level of pain, then I won’t notice anything around me. I would also tend to develop high fever whenever I reach my limits. After a day or two, the fever will be gone again. There is no medical explanation for it.

What weighs heavy on me are the nightmares that torment me every single night. I can work and find solutions for whatever I experience while awake, but I cannot possibly control the night. In my dreams, the attacks from my childhood and my time in prostitution catch up to me. I scream and wake up covered in sweat. I can never get any rest through sleep. For me, every day begins with enormous strain. Those horrible feelings accompany me throughout the day, making me anxious and irritable. My tolerance level is so low that sometimes I start screaming for trivial reasons.

Fear and panic have actually accompanied me my entire life – fear of abandonment scares me to death. With it, everything I have learned in counselling and all the resources I know of are then no longer available to me.

Over the years, I have tried over and over again to build up my confidence. But I am never enough. No matter what, no matter the feedback I get, I am never content with myself. Whatever I do, it is never good enough.

I would rather go into details about the violence in prostitution with you in person. As well as discuss a few more things.